These first pigeons still belonged to the Aarden breed, crossbred with the J. Roks type from Fijnaart. After this the pigeoncots of the Hagens Bros from Achthuizen were visited in 1988. Here, young ones were taken from the best pigeons, such as from “De Rode Kweker”.

Fresh blood for the colony was searched for in the autumn of 1995 and for that we came to no one less than Noel Peiren from Zedelgem (Belgium). This master still has the old kind. The best lines were brought to Klaaswaal in this case too, such as from the line of “De Apollo” and “De Artiest”.

The first successes were soon a fact and in 1997 the national Montauban sector 2 was flown for the first time with 1 year old pigeons. On this Montauban flight there were 5.717 pigeons in concourse, which resulted in the 2e National.

After this, pigeons were acquired from the master from Zedelgem every year. At least 95% of the pigeons in our pigeoncots are of the Peiren kind. This resulted in a super year in 1999 with all the first championships and also due to a super pigeon crowned as the “Wondere Peiren”. This cock-pigeon came directly from Noel Peiren and was given to us as a young pigeon. The ‘Wondere Peiren’ became 1st national Ash pigeon Great Race and world champion great Race 1999, with the following prizes. 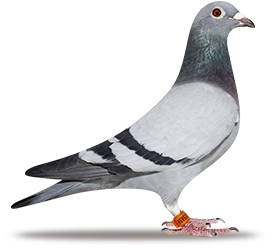 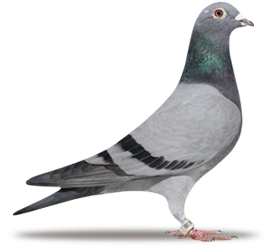 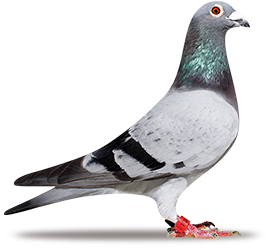 Go to all pigeons